The real way to boost your Crowd Funding 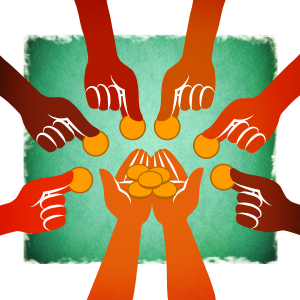 Until recently, Starting a business involved asking a few people for big sums of money. Crowd Funding is turning this idea on its head, using the internet to help entrepreneurs talk to thousands – if not millions – of potential investors that each contribute a small amount.

Now, Crowd funding is becoming ever more popular as more people discover that others are willing to support them in achieving their dreams. The issue now is; because so many people are interested in this new form of funding, the publicity platform has become densely populated with new ideas and it extremely hard to get noticed.

Simple text and pictures just don’t make the cut anymore. In order to have a fighting chance, you need to sell your product in a way that will make people stop and stare.

By now I’m sure you have read it all over the internet: Video marketing is the way forward. It’s by far the most engaging way to pitch your message. Its a bit of a no brainier really; video allows you to use music which is emotively stimulating, it allows you to visualise concepts and examples instead of trying to describe them in an essay of persuasive language. Videos are also a much quicker way to deliver a message as only a few seconds of video can explain a whole paragraph of text.

Try to keep text to a minimum as people tend to shy away from large paragraphs when they are skimming through pages.

Now lets take a video as an example, you’ve maybe read somewhere that a 1 minute video is worth 1.8million words? This statistic is based on the phrase, “A picture speaks 1000 words and if there is 30 frames per second that’s 30,000 words per second” This isn’t completely true, because those numbers have probably just been pulled out of the air. A picture can mean one thing to a person and something completely different to another, so you can’t always convey the exact message you want to send through a picture. Videos on the other hand, will improve the amount of information that the viewer receives and remembers, and that information by itself should really be enough to get any business interested in video marketing.

Many people would prefer to watch and listen to a video than just read some text on a screen, professional voice artists tend to have a bit more of a calm relaxing voice which helps to ease the viewers. In a 1 minute video, you’re going to have around 150 words to say. If you compare this to reading 150 words of text, video is a more efficient way of transmitting information because images take up less space and also you don’t have waste time reading lots of text. If you’re just using text If you’re just using text, roughly 50% of your website visitors are going to drift off after a minute.

Comparing this to a slightly different scenario that may be more relatable, J.K. Rowling sold 450 million copies of her Harry Potter books, which were read and enjoyed by the vast majority of those people. When the films were released they hit 7.7 billion at the box office. Obviously some people saw the films multiple times and I’m sure that many of the books purchased were read many times but you get the general point I’m making; The film (video) was more popular than the book (text) and it lead to an increase in sales.