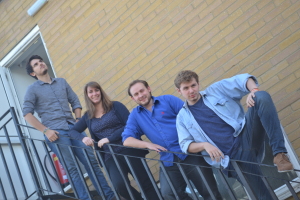 We’ve unleashed our Creative Team upon the office to answer questions so you can get to know them a bit better. Our youthful team have a very bizarre and unique way of taking any discussion and turning it into original idea ready for use. We’ve taken a photo of them all pretending to look normal but don’t be fooled, and so without further ado i would like to introduce you to our creative team.

I studied Art and Media in sixth form at Lytchett Minster School.

Dungeons and Dragons and Cycling (not at the same time)

Equal rights for all, everyone should have the same rights as each other regardless of sex, beliefs, gender, ethnicity, sexuality or class.

I do a lot of fantasy art at home but the one thing i can never draw would be horses.

I can lick my elbow.

What Pokemon would you ride into battle?

I would proudly ride a Wailord into battle. 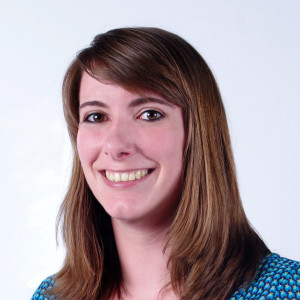 I studied Animation for 2.5 years and then moved onto a Master degree in graphic design and illustration and i also got a degree in teaching Art.

Apart from creating artwork i love listening to music, both live and through devices. i also play videogames more often on Nintendo consoles then anything else since I have been a fan of them since the SNES and GameBoy.

I love nice foods and sweets, and I think it would be great if you could keep eating whatever you want without gaining any weight or without having any bad health effects.

I am not sure about the hardest thing, but one thing that was quite challenging to draw was something I did quite a few years ago, which was a big battle scene involving a fire-breathing dragon and elven warriors flying on gryphons. It was quite difficult to draw at the time, but I did win a Wacom tablet with that drawing (which I still use to this day)!

Who is your favorite Disney character?

Even though I love most Disney films, I think one of my favorite characters is the Genie from Aladdin along with Stitch, Timon and Pumbaa. 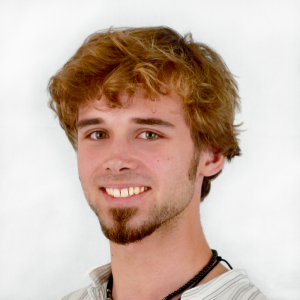 Before Eden Videos I was on a Foundation Diploma in Art and Design at the Arts University Bournemouth. My chosen pathway was Fine Art.

My favorite hobby would have to be making music, I play the saxophone, violin, mandolin, guitar and harmonica. I’ve always had the greatest times of my life in bands and ensembles.

If i could change the world I’d hope to change peoples views towards others on a whole. I’d hope for everyone to be more compassionate than we are, even in the smallest of ways sometimes.

Trees I always find difficult to draw, there is so much life to capture in them. I’m a perfectionist as most artists are and need to get down every detail, including all the leaves. All of them. They take so much concentration and time.

For most of my A Levels I dressed like Johnny Depp…

Who is your most inspirational musician and why?

I love Tom Waits. I love him as a musician because he is versatile. As a lyricist he is a genius, as a man he is weird, wonderful and hilarious. No matter how many songs of his I listen to I can never get a full grip on him or understand exactly what is going on in his amazing creative mind. 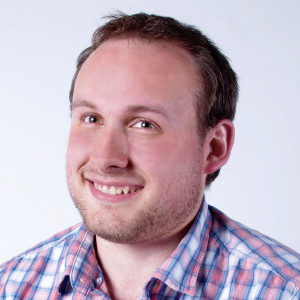 I designed and maintained websites for clients

There are so many kids that hate school so much that they begin to hate learning  and so when they get home they wont want to learn any more and they set  ridiculous goals for even the youngest of children.

Whats the hardest thing you’ve had to draw?

A Diamond, that’s the hardest thing on earth.
http://en.wikipedia.org/wiki/Mohs_scale_of_mineral_hardness

Whilst unpacking things in our new house, i fell asleep whilst standing up on the stairs because it all took so long

If you could write a book, what would it be?

Actually, I have written a book inspired by ancient Greek mythology and fantasy. 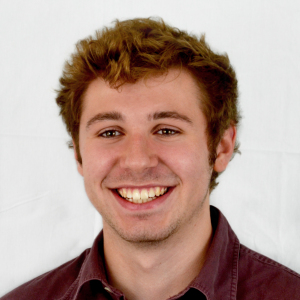 I was at 6th form studying music, technology, music performance and English. I was in two bands and i like to do drawing and play music in my spare team.

This Mobility Scooter (Currently working whilst being interviewed)

I think the Student card should give discounts to petrol prices because insurance costs so much and it’s hard for young drivers.

if you could be an animal for a day, what would it be and why?

Flying squirrel so that i could have he benefits of earth and sky! also im super cute!

Well now that you’ve gotten to know our Creative Team it’s time to get them back to work, If you enjoyed getting to know our team make sure you subscribe to our blog so you can read all of our latest posts.

Daniel is a Marketing Assistant who keeps a keen eye on the website statistics as well as producing blogs for our viewers to read. He likes to take pictures of a variety of things that happen within the office and is a strong believer in office ping pong.