Getting Started With Testimonials 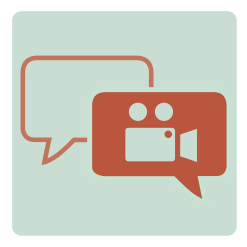 As a company, reputation is crucial so it’s important to ensure your customers are happy, but how could you show proof of your hard work and efforts? Testimonials can strongly influence a buyer’s decision, and according to Hubspot 78% of people say they trust online reviews just as much as recommendations from acquaintances. If this is what a written testimonial can do, imagine the benefits of a video.

A company could give a hundred reasons to buy their product, but that isn’t going to mean anything to the customers. It lacks authenticity and is too self-promotional, making people less likely to want to buy from them. A video shows who the review is coming from and is seen from a customer’s perspective, which is exactly what other possible customers want to see. If a person sees another real person praising a company’s product, they are going to make that emotional connection with them, which can have a huge impact on the buyer’s decision.

Check out this video from Wistia explaining exactly what you should and shouldn’t do when getting started with video testimonials.

On average a hundred million people watch videos a day, so you’re almost guaranteed positive results. Looking at the statistics from Boast, people are 63% more likely to purchase a product from a site if it has product ratings and reviews. From this statistic alone, you’re immediately going to receive a good ROI from using a video testimonial.  They also say that customer testimonials have the highest effectiveness rating for all types of content marketing, with a rating of 89%.

Using a video testimonial from an existing customer will build better customer relationships, as well as improving the company’s image. As videos are generally more engaging than text, viewers are able to become immersed in the video, creating a better relationship between the business and its customers. A video ensures honesty, firstly because its the customer, not the business, and secondly because viewers are able to relate to them, which links back to the idea of having an emotional connection.

Video testimonials are an inexpensive tool. All you need is a satisfied customer who’s willing to provide a testimonial and a camera (or smartphone). It doesn’t require much editing either, using free or simple software like Windows Movie Maker or iMovie, you can make a video within a couple of hours. Your customers might even create the testimonials themselves, saving you time, money and effort.

Customers are more likely to be responsive on social media if they see a video of someone talking, because they’ll feel like the video is directly engaging with them. As Twitter allows you to pin tweets to your timeline, a testimonial video can be pinned for everyone to see when they click on your page. This makes the company more approachable to customers, and increases the chance of getting favorites, retweets and replies. Posting the video to Facebook also has its benefits because they recently introduced the play count, which shows how many times a video has been viewed.

Here’s a great example of a testimonial from the digital marketing agency, Jellyfish. You’ll notice that it is completely focused on how it has helped the customers rather than selling the course, which is what makes a successful video.