How Do You Feel About YouTube’s New Autoplay Feature? 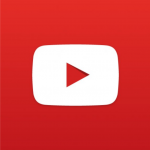 You may have noticed that recently YouTube have introduced a new feature that automatically plays a related video once you’ve finished watching.

It started out as an experiment that YouTube tried out on some users, but somehow it has now become a full feature that’s available to everybody.

Autoplay now seems to be a popular trend; Facebook, Instagram and Vine were able to get away with using autoplaying videos because they played silently by default and sound was an option. This was so that they could avoid annoying their users but at the same time still improve their play rates. YouTube have taken quite a different approach to using autoplaying videos, but it hasn’t had the effect they thought it would have.

One of many aims for digital marketers is to keep traffic on the site for longer, which is exactly what YouTube are trying to do here, except by using videos instead of web pages. They introduced the autoplay feature in the hope that people would stay around for longer, but instead it’s having the complete opposite effect. It has caused many of their users to immediately bounce after they have finished watching the video they want to watch, maybe because they only intended to watch one video, or they found this feature intrusive.

The ‘related videos’ feature that they used before was great, because you had a choice of videos to watch and you could start watching when you were ready, but now YouTube automatically decides for you, meaning you don’t really get a say in what you want to watch next. This can be pretty annoying for viewers, because it’s nice to browse other videos before jumping straight to the next one.

Luckily there is an off switch for this feature. If you look to the right of the page, just above the related videos, there’s a blue slider that you can click to turn off autoplay. The good thing is that if you turn it off, YouTube remembers to keep it off until you re-enable it.  As a lot of people like to read comments and take a break in between watching videos, so the timer automatically stops when you scroll down from the video. There is also a cancel button that you can click, which stops the next video from playing.

Personally, I can’t imagine many viewers wanting to keep the autoplay function running, but in YouTube’s defence, they’ve still taken their users into account by providing the option to disable it. It could just be another feature that they thought they’d try out temporarily to see what response they get, but I don’t think this is one that will catch on.