The Evolution of Viral Video 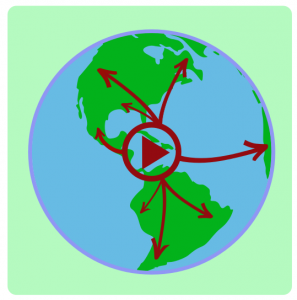 When “virals” first originated,  YouTube was in its early days, meaning people uploaded content without any idea of how huge the platform would become in future years.  Eventually users were unexpectedly generating masses of YouTube views without funding, promotion etc.

In 2007 the video, “Charlie bit my finger” was the most viewed video on YouTube, having been viewed over 800,000,000 times. According to the father, and producer of the video, it was “simply an attempt to capture the boys growing up”. There was no planning involved – the only reason it got so popular was simply because people found it funny, but there was also an element of luck involved.

More recently there have been thousands of people who have set out to create virals, but have failed miserably. According to Upworthy, only 0.3% of posts go viral, so the chance of becoming an internet sensation is very slim. You can create highly shareable content, but getting it to go viral is not an easy task. So many people ask “How do you make a viral video?” But the sad truth is that you can’t. There are factors that might contribute to the likelihood your video going viral but there is no guaranteed way of making it do so.

If you are a Facebook user, you might occasionally see Vines being shared by your friends or by pages that you’ve ‘liked’. Since the app was launched in 2012, these 7 second videos took off instantly, being frequently shared on social media. This created a new wave of viral videos, due to the concept of it being so unique.

Since businesses had noticed that viral videos were having a large positive effect on audiences worldwide, they realised that this is the type of content audiences wanted to see. Virals then started to be created for promotional purposes. Here’s an example of a viral marketing campaign below, by Dollar Shave Club. This video received a lot of attention due to the comedic value, but that still wasn’t enough to make it go viral. Obviously it received a lot of attention but the main reason why this video went viral was because of the large amounts of funding that went into promoting it.

Although a lot of businesses put hundreds of thousands of dollars into their “viral campaigns”, one campaign in particular had a huge effect, without depending on money for promotion. The video below is the campaign from Old Spice, which has become one of the most creative and memorable marketing campaigns of all time. The reason for this is that the campaign relied heavily on social media to promote itself, and due to the success of the first one, many more have been made since featuring The Old Spice Guy.

When it comes to viral marketing, social media is the ultimate tool available to marketers. With over two thirds of the internet population using it, social media has had a significant impact on viral marketing. Its good to invest some money into a video, but a viral video shouldn’t need to rely on funding in order to gain popularity.

The main thing that makes virals so special is that unlike any other advertisement, the audience has the power to define the popularity of them, addressing a more democratic approach to the world of marketing.