How To Use Auto-Play Videos Without Annoying Your Audience 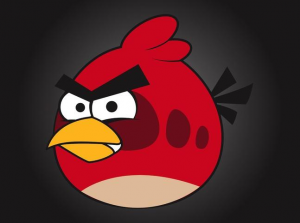 Videos are great, but when you’re freely browsing the web and a video pops up and plays (quite loudly) it can be very annoying. We asked around in the office how they feel about auto-play videos, here are a few things they said:

“I’m usually playing music when I’m using the internet and it confuses me. If the video plays and the rest of the site stays normal I just pause it and continue, but if the rest of the screen blacks out and the video pops up I click ‘back’ because I relate it to pop ups and I don’t like pop ups.” – Daniel

“It freaks me out and I don’t know where the sound is coming from so I close all my windows and start the internet again.” – Mitch

“Its annoying, if I want to watch something I’ll click on it. Its like someone calling you up at dinner asking for you to do a survey over the phone and you just want them to leave you alone.” – Martin

“If you’re on your phone and a video plays really loud in a public place, you don’t know how to turn it off and its awkward.” – Ine

As you can probably tell, we feel quite strongly about auto-playing videos but all of these comments are about the sound coming from the page rather than the video itself, so its not necessarily the visual content that is bad. So there has got to be a way to use them without irritating your audience, right?

How to do autoplay videos the right way

You can put auto-play videos to use on your website, but we recommend you make them silent videos. The audio is actually the annoying part of the video, so you can really benefit from using auto-playing silent videos without annoying your audience.

If you’re a Facebook user, you would’ve probably noticed that they recently introduced auto-playing videos that have to be clicked in order to hear sound. This is great because you get to choose whether to listen to sound or not, and it kind of works like a play button. You might be wondering why they didn’t just use a play button, well auto-playing videos actually have some advantages over regular ‘click to play’ videos

Although it seems ridiculous, some people might not have the time or be interested enough to scroll to the video and manually click play. Think of it as an advert you’d see on TV, you don’t necessarily watch television with the intention of viewing adverts but they can sometimes be useful to you by offering important information or entertaining you.

Auto-playing videos give you a play rate of 100%, meaning every time the webpage is loaded, the video is recorded as being watched. It might sound great, but the only problem with this is that you have no idea how many people are actually choosing to watch the video, which makes this figure pointless.

You probably don’t think about it, but the most common place you’ve probably seen auto-playing videos is YouTube. If you think about it, you’re clicking a thumbnail that directs you to another page with that video on it, and it then plays automatically. If you compare this to Vimeo, you click the thumbnail, it directs you to another page, and then you have to press play again. So on that basis, another way of using auto-playing videos is through direct link from another page.

So there you have it, auto-playing videos aren’t as bad as their reputation makes them out to be.